Prototyping is the art of creating a first cut functional product or machine that in form and/or function is unique and has never existed before. A prototype is created as the next step after design freeze and before a pilot run. A pilot run is basically a preproduction build of more than one prototype unit. This is always a very emotional moment for a passionate designer and / or inventor. This is the culmination of the concept and typically years of devoted time and energy to get to this point-similar to the birth of a child. Every product and or machine is unique, and has different requirements. Some prototypes are fairly simple and have no moving parts. Other prototypes are extremely complicated and have many moving parts that require many hours of refinement and debug.

The purpose of a prototype is to evaluate and debug the form, fit, and/or function of the design. Many design projects require multiple prototype phases with incremental changes improving the design and getting more refined after each prototype build phase. There is always a point where the Engineer / Designer and the inventor will have to collaborate and compromise in order to move from prototype to the next volume build. At this point, all action items or issues will have to be evaluated and categorized as “must do” or “nice to do” action items. Not every asset and feature can be realistically achieved due to inevitable restraints. Only after all involved parties agree and concur to final prototype design changes can a final design freeze occur. This allows for movement to the pilot production volume build. “Final” sounds fairly absolute, but the truth is, that the product or machine will probably go though many changes and evolution throughout it’s life duration. These changes are logged as “revisions” once volume production has begun. 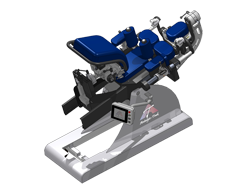 At Solid Manufacturing Solutions, we use a time proven step by step process to assure high levels of confidence and success. The prototype build is one of the most critical steps in the product development cycle. This is where data logging or action item notes must be tediously documented. No designer or inventor wants to make prototypes over and over, missing critical flaws from the previous build. We use many low cost, time efficient techniques to fabricate custom components for prototyping. One technique used commonly is to “grow” parts from nothing more than a CAD model and some chemicals. This is referred to as “Rapid Prototyping”. There are many different varieties of rapid prototype methods and they all have different attributes. Some rapid prototypes are for engineering evaluation for form, fit and function, but not intended to ever be robust enough to actually use in a fully functional prototype assembly. When rapid prototypes are evaluated and approved, then they can be hand finished to a higher level of quality and used as a master pattern for a mold. Silicone molds can be made from the master pattern and used for relatively low volume production. The silicone mold can be cast with two part urethanes replicating injection molded parts with fairly identical appearance, quality and strength of materials. Urethanes can be color impregnated with virtually every color of the rainbow to get a more genuine appearance as compared to a final production product. 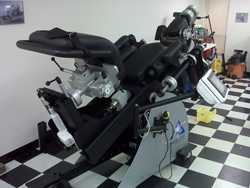 Other prototype components can be machined using material removal process either by CNC machines which again use CAD model data to program tool paths or manual machining processes, requiring manual interpretation of 2d drawings. Sheet metal is another common cost effective fabrication technique used for structural strength and good aesthetic appearance. This technique uses only a flat sheet of metal as it’s base material. The sheet is shaped punched or machined and then formed in order to create a three dimensional component. Then, at some point, welding may be used to fuse multiple machined or formed parts together as one finished component.

At Solid Engineering Corporation, prototyping is a large part of what we do. We have many years of experience at building and debugging complex and not so complex prototypes and prototype assemblies. We have some of the most talented staff and partners of designers, fabricators and builders. We feel that there is virtually no product or machine that we cannot prototype.

For examples of our work, please browse our gallery of projects.

“I began working with Solid Engineering Corporation in 2005 and found the entire engineering team to be intuitive and receptive to any of my ideas and concepts. Each product was carefully transformed into CAD format followed by accurate prototyping and eventual final production model execution. This development group really has the ability to turn any concept into a reality.”

“Just want to thank all of you for the help and assistance you have given me during the short time that we have been working together. Considering the stress of the changes I needed done quickly, I’m glad that it has worked out as good as it has. I look forward to getting this up and running so we can continue to add product designs that will keep us both very busy going forward.”

“Having dealt with Solid Engineering Corporation for almost 2 years, I have found them to be one of the most versatile, innovative and ambitious groups I have had the pleasure to work with. They are willing to take on challenges and discover methods to effectively overcome any hurdle that they face. I have recommended Solid Engineering Corporation to others and will continue to do so.”